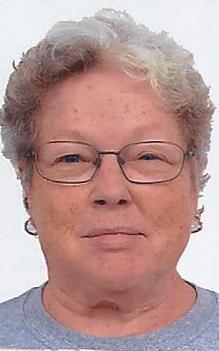 Only the logged in user can send a message.

I have 30+ years of experience of Monitoring and Evaluation working in Africa, Asia, the Middle East, Eastern Europe, and the Americas on long term projects and as a consultant in the areas of Agriculture, Food Security, Democracy and Governance, Education, Gender and SGBV, Health, HIV/AIDS, OVC, PLWHIV, MicroFinance, Training, WASH, and Youth for a wide variety of funders including USAID, OFDA, PRM, World Bank, DFAT, ECHO, EC, DFID, CIDA, Sida, WFP, FFP, UNESCO, UNICEF and other UN organizations, Gates Foundation, Buffett Foundation, Ford Foundation, Rockefeller Foundation, and others.

I have additional project experience as the Chief of Party for IBTCI to the USAID/Iraq Performance Management and Support Program which supplements the monitoring and program management efforts of USAID staff and verifies, monitors, and supports USAID program performance evaluation. M&E Manager on the Nigerian NEI Plus education project, M&E Manager of the South Sudan Feed the Future agricultural project, Chief of Party for evaluating USAID/Bangladesh projects in Democracy and Governance, and M&E and Gender Regional Technical Advisor for Catholic Relief Services for the country offices in Nigeria, Central African Republic, Chad, Cameroon, DR Congo, Rwanda, and Burundi. I have also been a graduate level professor for the SIT Graduate Institute of World Learning where I taught M&E, research, and intercultural communication courses.

As a consultant, I have worked for Coffey International in Indonesia on the Australian Awards scholarship graduate school scholarship program funded by DFAT. In Afghanistan, I worked on M&E with an agricultural finance project funded by USAID. In Bangladesh I was the team leader for the final evaluation of the education portion of Oxfam Great Britain Indigenous Leadership Project in Bangladesh and for the final evaluation of the UNICEF Bangladesh’s Hard to Reach Urban Working Children Education which both had a strong gender component. In Hanoi, Vietnam, I did baseline research on gender roles in the media, specifically television and print media, for UNESCO out of which was developed a literature and workshops to train government officials and media professionals about gender equality so as to work with the Ministry of Information to develop and creating gender equity in Vietnam. I headed up an evaluation on the International Rescue Committee ECHO-funded Income Generation project in the Northern Caucasus State of Chechnya in Russia which targeted returning. I earlier worked with BRAC in Bangladesh on agricultural, food security, gender equality, education, emergency capacity building, and micro credit programs. At the University of the West Indies, Mona, Jamaica, I work on the Jamaica-St. Lucia National Rural Migration Survey and Jamaican-Dominican Republic Integrated Rural Development Project for the Pan American Health Organization and the Caribbean Food and Nutrition Institute which resulted in one of the early studies looking nationally at the role of women agriculturalists economically and socially. I did a feasibility study in Burundi for a project in women’s rural farming and extension for USAID. I worked with the USAID-funded projects in Egypt, Yemen, and Nicaragua while at New Mexico State University where I was the Women in Development Compliance Officer. I have also engaged in a number of policy and M&E consultancies in South Korea and the United States.

International Database of Experts in M&E and Impact Assessment?

If your organization is bidding on projects, find a colleague by name, country or by skills